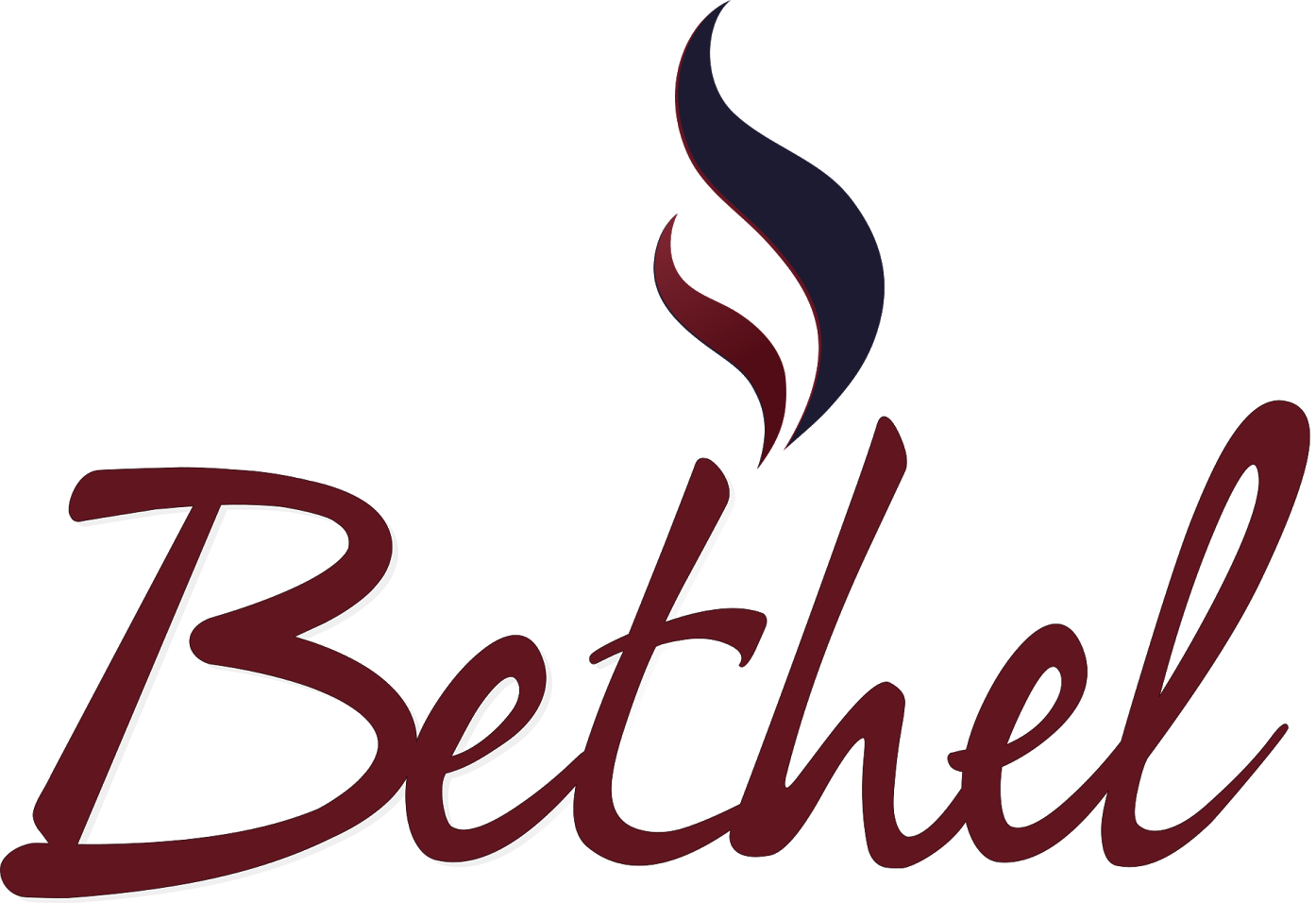 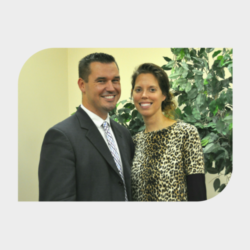 Pastor Jonathan Flosser, is the son of Sr. Pastor Buddy Flosser, and has attended Bethel Christian Center his entire life. He was filled with the Holy Ghost and baptized in the name of Jesus Christ at the age of eight. He was called into the ministry in his early twenties, and has grown spiritually under the tutelage of his Father.

Pastor Jonathan graduated from Salisbury University in 2001 with a Bachelor Degree in secondary education and mathematics. He taught math at Perryville High School from 2001-2003. Pastor Jonathan then attended flight school in Daytona Beach, Florida, from 2003-2005. After finishing his pilot license and ratings, he was hired as a commercial pilot from 2005-2016. Pastor Jonathan is currently enrolled in the distance learning program at Indiana Bible College, where he is working on his Bachelor degree in Theology. In June 2007, Pastor Jonathan married Heather and in 2011 God blessed them with beautiful twin girls, Rebekah and Grace. God added Jonathan Flosser Jr. to their family in December 2015. In August 2016, Pastor Jonathan was elected Pastor of Bethel Christian Center. He took the full-time position, starting in January of 2017.

Pastor Jonathan believes that God has great things in store for Bethel! 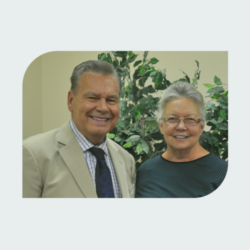 Sr. Pastor Buddy Flosser has had a successful background. Beginning at the early age of 11, Sr. Pastor Flosser felt his call to preach. At the age of 12, he was ordained as a minister and began working with his father in Lancaster, Pennsylvania.  He was known as the “boy preacher,” whose ministry went worldwide.

In 1966, Sr. Pastor Flosser began working as a full-time evangelist and remained as an evangelist until 1972, when he felt his call to become a pastor. Under his leadership the church has grown from a small beginning to a congregation of over 200 with a very active, growing ministry today.

Not only has Sr. Pastor Flosser’s ministry been successful, but he and his wife, Millie, have reared a fine family of five children. His wife has stood by his side and helped in each part of his ministry, she takes care of the school and daycare, and several other activities in the church. David along with his wife, Thuy, and three children, resides in Texas, where David is a research scientist. Chris, the Assistant Pastor, along with his wife Regina, who helps with the multi-media ministry and their two children live in Havre de Grace, MD. Chris, in addition to preaching, plays the drums, helps with the sound system, and takes care of several of the sport activities at the church. Melissa is married to Abraham Garcia and they have five children. Melissa lives in Virginia where she is involved in her local church. Jennifer is married to Shane Mooney and they reside in Aberdeen, Maryland. They have two sons. Jennifer is involved in Sunday School, music ministry, and Bible Quizzing. She and her husband take care of the multi-media ministry. Jonathan, Pastor of Bethel Christian Center, is married to Heather, who is the music director. They have three children, and live in Havre de Grace, Maryland.

Assistant Pastor Chris Flosser, son of Sr. Pastor Buddy Flosser, has served God his entire life. Chris attended Bethel Christian Academy, and in 1991 was one of our first graduates. His great attitude, charisma, and willingness to serve has propelled his ministry at Bethel. Chris is one of our drummers, a sound man, coaches our sports teams, and is involved in many activities in the church. In October of 1994, Chris married his high school sweetheart, Regina who is involved in the media ministry.

Because of their obedience to God, and faithfulness to His work, God has richly blessed this couple. They have two wonderful children, Mike and Kristen, who are both being used by God. Mike helps out in the sound ministry, and Kristen is the keyboard player for our children’s choir. Chris’s family is a vital part of Bethel Christian Center.

The next time you attend Bethel, and Assistant Pastor Chris is preaching, be prepared not only to hear an anointed message from God, but also be entertained by his quick wit. 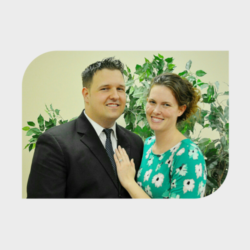 James and Jennifer Barnes were married on December 18, 2010. They welcomed their first child, Emma Rose Barnes, on May 8, 2016.

James is locally licensed through the United Pentecostal Church International. Together, they have been privileged to serve as leaders of Forward Youth since 2012.

James and Jennifer have been actively involved in the lives young people through Sunday School and Student Ministry for close to a decade. They have been honored to serve on the Maryland/DC Youth Committee in various capacities since 2013. It’s their desire to see this generation of young people “stir up the gift that’s inside of them” and reach the world with the gospel.

Dernard Williams is from Pixley, a small town in central California. He graduated high school in 1981 and Arizona Automotive Institute in 1982. Bro. Williams got married to his good thing, Renee, in 1983 and joined the Army where he served for 23 years. In 1984 Bro. Williams and his wife were introduced to the apostolic message. After much debating with Bro. Isabella, the revelation of Jesus came to Bro. Williams in November 1984 and he and his wife were baptized.

On 23 December 1984 Bro. Williams was driving home through the Bavarian mountains in Germany when he began to think on what was told to him about being filled with the Holy Ghost. He began to play a gospel music tape someone gave him. Suddenly, the tape stopped working, but when he put in a tape with wordly music, it worked! After fiddling with the music for a few minutes, he decided to turn it off and talk to God. He asked God if the Holy Ghost was real and if so, he wanted it that very night, but if it wasn’t real, he was done listening to the two men who had witnessed to him. Once home, Bro. Williams called the two men and said, “If the Holy Ghost is real I want it by midnight.” Three hours before midnight in the pastor’s basement, Bro. Williams received the Gift of the Holy with the evidence of speaking in tongues.

Starting 1987, Bro. Williams pastored a church for 4 1/2 years in Germany. In 1990 he came to Aberdeen Proving Ground (APG) for military leadership training and started attending Bethel. Upon school completion, he returned to Germany to his family. In 1992 the Army stationed Bro. Williams and family in APG where he was an Ordinance school instructor for four years and drill sergeant for two. 1998 was one of the saddest years for Bro. Williams—the Army gave him orders to leave Maryland and be stationed in California. Bro. Williams vowed to get back to Bethel and in 2010, God made a way. Since moving back to Maryland, Bro. Williams has had an active part in ministry at Bethel, and is currently the prayer coordinator. 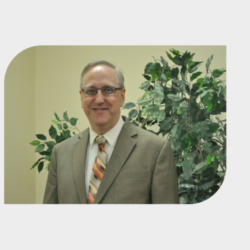 Bro. Fred Hensley, Outreach Coordinator of Bethel Christian Center, grew up in the church. He was baptized in Jesus name and filled with the Holy Ghost in 1983. In 1995, he was called to the ministry and has been involved in Bible studies and soul winning activities since the late 1980s.

Bro. Hensley graduated from the Community College of Baltimore County in 2016 and is currently pursuing a Bachelor’s degree in Accounting at the University of Maryland University College. He is currently working for a prestigious law firm in the Baltimore Maryland area in the Accounting/Finance department. In 2002, Bro. Hensley married Sherryl Eaton. Bro. and Sis. Hensley have been serving as volunteer coordinators for the nursing home ministry at Lorien Bulle Rock Nursing Home Center since 2014. In 2016, Sis. Hensley began volunteering at the Alpha’s Glory Pregnancy Center.

Bro. Hensley believes that God’s promises and prophecies to Bethel Christian Center will be fulfilled. Bro. Hensley is very passionate about soul winning and making a difference in the community. He believes that the best is yet to come for Bethel! 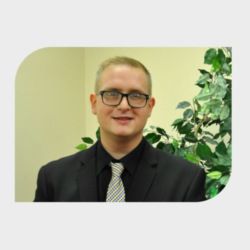 Joey has attended Bethel Christian Center since 1999. God filled him with the gift of the Holy Ghost at a MD/DC district camp meeting when he was fourteen years old.

Joey started leading worship service at Bethel in 2015 and God has richly blessed his efforts. In addition to being Bethel’s worship leader, Joey is also part of the choir, involved in the bus ministry, and preaches the Gospel. Joey is a great blessing to Bethel’s music ministry!

Joey graduated from Aberdeen high school in 2011, and enjoys playing and watching baseball and football. While leading the worship service, Joey wants the congregation to feel freedom to worship and praise God how they please. To God be the glory!

Heather Flosser, wife of Pastor Jonathan Flosser, was born and raised in New Jersey. She was always interested in music and began taking piano and voice lessons at the age of 10. As a young teen, she played the piano for the children’s choir at her church. She also sang at various conferences and camp meetings.

Heather graduated in 2001 from Bloomfield College in New Jersey with a Bachelor’s Degree in English, Creative Writing. Shortly after graduating, she became a middle school English teacher. In 2004 she relocated to Maryland and began attending Bethel Christian Center. Shortly thereafter, she met the Pastor, Jonathan Flosser and they married in June of 2007. Heather went on to receive her Master’s Degree in Education as a Reading Specialist in 2009 from Goucher College. God abundantly blessed the Flossers in 2011 with twin daughters, Rebekah and Grace. In 2015, God increased their family by bringing Jonathan Samuel Flosser, Jr. into the world. 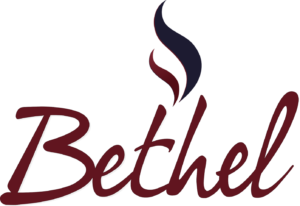